A Brief Explanation of Rolfing®

Ida Rolf received her Ph.D. in biological chemistry from the College of Physicians and Surgeons of Columbia University in 1920. Dr. Rolf furthered her knowledge of the human body through scientific research at the Rockefeller Institute where she worked for twelve years in the Department of Organic Chemistry. In 1927, Dr. Rolf moved to Switzerland. She attended the Swiss Technical University in Zurich and studied mathematics and atomic physics. During this time, Dr. Rolf traveled to Geneva to concentrate on her studies of Homeopathic medicine.

Returning to the U.S. in 1930, she spent the next decade investigating other systems that focused on the effects of structure and function. Throughout the 1920’s, Dr. Rolf practiced Yoga and evaluated its principles: that bodies need to lengthen and be balanced and that a balanced body will give rise to a better human being. Dr. Rolf decided that she could help someone’s physical pain and structural issues through the practice of yoga. 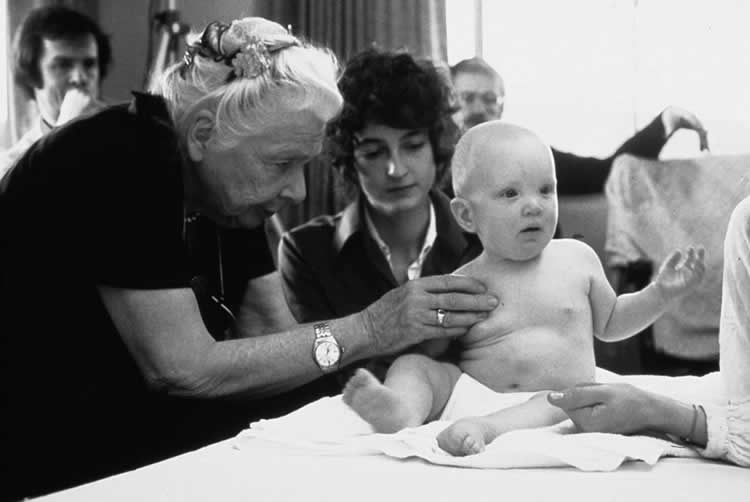 After a period of unrewarded efforts, Dr. Rolf was introduced to Dr. Amy Cochran, an osteopathic doctor who invited Dr. Rolf to study with her in Los Angeles. Returning from her studies in California, Dr. Rolf applied the soft-tissue manipulation techniques the osteopaths had taught her in her own goal “to evoke length and balance in the whole body.” This concept was much different than what the osteopaths focused on during studies with them. While the osteopaths were more concerned with the relationship between bones, Dr. Rolf was more interested in the relationship between segments of the body. Dr. Rolf’s ideas were of lengthening the body, approaching an ideal in which the left and right sides of the body are more balanced and in which the pelvis approaches horizontal, permitting the weight of the trunk to fall directly over the pelvis; the head rides above the spine, the spinal curves are shallow, and the legs connect vertically to support the bottom of the pelvis.

Essentially, Dr. Rolf was manually forcing yoga into a person’s body. While developing her techniques, Dr. Rolf continued to explore ideas that interested her. She worked for a short time with a practitioner of the Alexander Technique, a form of movement therapy, and examined closely the work of Alfred Korzybshi’s on states of consciousness.

Dr. Rolf spent the next years earning a name for herself through her work. People who were familiar with her work and ideas wanted her help. As she worked with these people, she began to see a pattern in her work and how the different principles of Yoga, osteopathy, homeopathy, the Alexander Technique, etc. were demonstrated in the changes she saw in her clients. But it wasn’t until she was asked to teach her new method that she felt the need to formulate her work into a technique with principles of its own. Dr. Rolf found that gravity was key in achieving her goals and explaining her concepts.